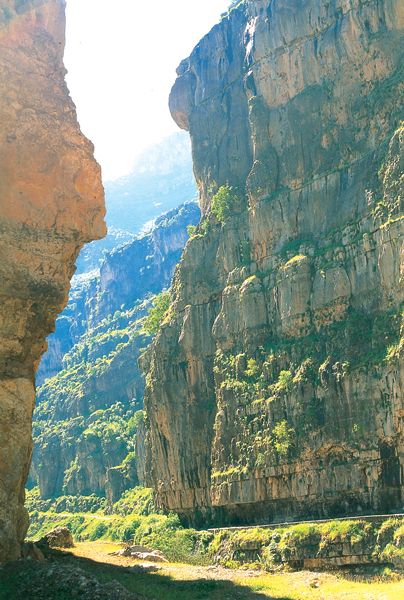 On Sunday the 26th of September the Kurds in northern Iraq passed a non-binding referendum expressing an overwhelming interest in establishing an independent Kurdish state (as was promised to them by the Allies at the end of World War I). Some have suggested that the Kurds are at least distantly related to the Medes who were in the region almost three thousand years ago. That is a long time to establish a national identity, especially when everyone else wishes you would go away.

Almost every nation in the region plus the US expressed horror that the Kurds would hold this referendum, in spite of the fact that they have already established a de facto state on Iraqi territory and have been fighting a terror-counter-terror campaign with the Turkish army for a couple of decades. Only Israel, Israel ! for God's sake, supported the Kurds in this. Iran, Iraq, Turkey and Syria contain large Kurdish minorities. Their concern is inevitable. The US fears another widening war zone in which it might be caught - this time while it is led by a president who could not tell a Kurd from the curds in cottage cheese. Drain one swamp and the next one appears.

The question of the Syrian Kurds in their emerging "poltical entity" Rojana will certainly complicate matters.

In the long run (and the Kurds are good at long runs) the regional powers may decide that a Kurdish state is more palatable (and profitable) than decades more conflict. By that time President Trump may have located Erbil on the map.

Popular posts from this blog

1
Which of the countries on this map have great power and wealth?

Every country on this map except for Turkey and Russia has been diminished by economic, war, and internal politics. And at the center of this regional mess, Turkey at the moment is a giant. Also, one very important element is missing from the map: at the north end of war-torn Iraq is the Kurdistan Region, consisting three northern provinces of Erbil, Dohuk, and Suleimaniye. Oil rich and for the moment unified, it is not-so-quietly forging a "strategic relationship" with Turkey. None of this could have been imagined ten years ago.

2Turkey is ruled by an enigmatic figure, Prime Minister (perhaps soon to be president) Receb Tayyip Erdoğan. He is a man with two abiding interests: religion and power (Turkey's and is own). One is reminded of Ahmet Zog of neighboring Albania (1895 - 1961) who led his country first as prime minister, then as president, then as king. One major difference is…
Read more

The great Middle East board game

President Trump has just come to the Great Game with an immense stack of chips. He is about to discover that not everyone is playing the same game. The game he knows best is Real Estate Scam or Monopoly, which is played with money and without regard to geo-political realities. Two hints about his future behavior: he once asked why we have nuclear weapons if we don't use them, and his comment that the US should have kept tie Iraqi oil and may get another chance to secure it.

The other major players are as follows:


President Erdogan's great achievement is that he managed to make enemies of Russia (later he mended that), the US, Iran, the Syrian Government, all different brands of Kurds, some Sunni Arabs, Isis and other Jihadists, as well as a fair percentage of his own electorate. The advantage of this is that he does not owe anyone anything. The disadvantage is he is condemned to play Whack a Mole with his opponents popping up out all over the place - disturbingly also within T…
Read more

Indians and Kurds Chief Sitting Bull and Sheikh Said Alcohol and Oil
Chief Sitting Bull   1831 - 1890Sheikh Said1865 - 1925 Indians In the nineteenth century a great group of tribal, semi-nomadic people inhabited the American west. They had been in the east as well, but as the colonialists invaded the Atlantic seaboard and then moved inland, the Indians were pushed to the west. Throughout the nineteenth century a great struggle between Indians and the white settlers let to the near extinction of the native Americans. Millions died or were forced onto reservations in what has been termed the American Holocaust. [Forgive the use of the word Indian to refer to Native Americans. In the context of the institutions of the nineteenth and early twentieth century, it seems appropriate.]
Kurds The similarity of the situation with the tribes of the Kurds and the settled Turks of the Ottoman Empire, and later the Turkish Republic is striking. But there are differences as well. The Indians were almost wi…
Read more

Livingston Merchant
After earning doctorates in international relations and in Asian history, I went to live and work in eight different countries. Having settled in the Netherlands I decided to share my political observations with friends and colleagues. At my age, I feel I am too old to avoid controversy.